Aurora Educational Technology has helped hundreds of PowerSchool educational institutions make the most of their student data. Through free plugins, add-ons available for purchase, and individualized customization work, AET has tweaked, enhanced, and improved most areas of the PowerSchool portal. 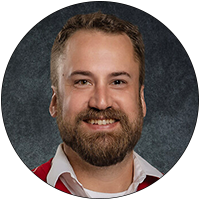 Adam Larsen is an internationally-known PowerSchool administrator, speaker, developer, analyst, and trainer. He is frequently seen presenting at user groups across the United States, including state meetings in Illinois, Indiana, Michigan, New Jersey, Kansas, Wisconsin, and Nebraska, regional and national events, and even PSUG Europe and the Middle East. He is also a regular contributor to the e-mail lists and forums that support the user community. Prior to working with PowerSchool, Adam was a school psychologist and holds both Bachelor’s and Master’s degrees in psychology. After facilitating the PowerSchool implementation for a medium-sized rural school district in Illinois, he began customizing PowerSchool and later developed some of the most popular plugins that are in use today.